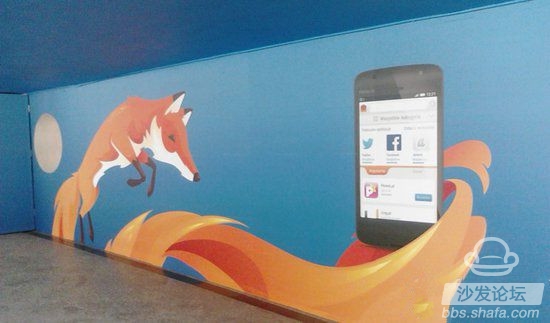 December 25 news, according to EngadgetUK website reports, since Mozilla announced to abandon the Firefox OS smartphone, the company confirmed that it will continue to use the OS on other connected devices. The latest news released by Spanish website Hipertextual gave us a clearer understanding of the meaning behind this sentence. The website revealed several Mozilla internal files showing Firefox keyboards, TV sticks, hubs, and the very rare Raspberry Pi-driven keyboard. In response to Venture Beat's inquiries, Mozilla responded to confirm that these devices are "an early product concept work of one of our developers," but declined to say whether these devices are under development.

Routers and TV sticks are aimed at the connected home market, and Firefox OS already has a foothold in this market - Panasonic smart TVs equipped with the system are already on the market. The goal of Firefox stick is to bring Firefox OS TV experience to all ordinary TVs. This is very similar to the experience of NVIDIA's Android platform game console Shield for general TV. Early companies also tried to develop the Firefox OS stick but ended in failure. However, Firefox acknowledged that the device â€œhas to have digital rights management (DRM) and content partners to succeed.â€ At the same time, the router has built-in privacy controls. Can be used as a web server and a home device hub.

According to Mozilla, the tablet PC they developed will be a "web browser" aimed at the late adopters of tablets and the elderly. It is not the first Firefox OS tablet on the market, but it is a very affordable, streamlined, no-app store, mobile connection and other unnecessary features. The keyboard is a very interesting design, because it will be equipped with the Raspberry Pi, "committed to using and manufacturing the network." Mozilla pointed out that it can plug in any TV or monitor to make obsolete TVs cheap computers in countries like India. It will be equipped with Mozilla's Android application Webmaker, which can be used by creators, educators and manufacturers.

Mozilla stressed that "as an open source project, we are still in the early stages of exploring and modelling and developing new applications for the Firefox OS system in the connected device world." However, as the video shows, the company does have specific plans for the development of connected devices. As to the form in which they will appear, we will wait and see how we can see it at the Consumer Electronics Show (CES 2016) two weeks later.