In the previous introduction to the smart watch operating system (1), the author introduced the history of smart watches and three early smart watch systems. What do you think? The author will bring you four world-famous Contrast between systems.

Let's take a brief look at these four systems.

Perhaps you have heard of the names of the four systems, but they are not familiar with their ins and outs. It does not matter. The author will give you a simple science. 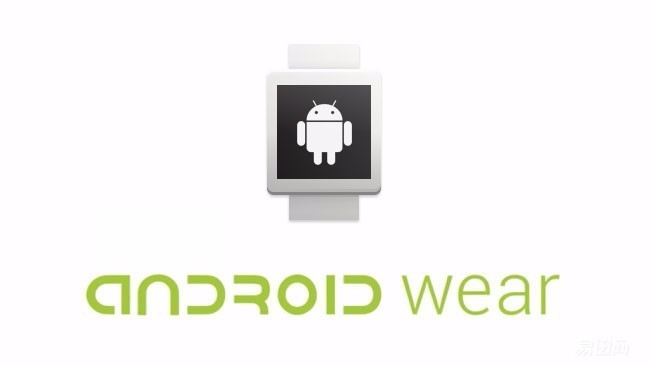 Android Wear, as its name suggests, is Google's smart wearable system developed for smart wearable devices. It is actually a streamlined version of the Android system. Android and Android are based on the Linux kernel. Representative equipment Moto 360, LG G Watch, Sony Smart Watch 3. This time the author chose Moto 360 for comparison. 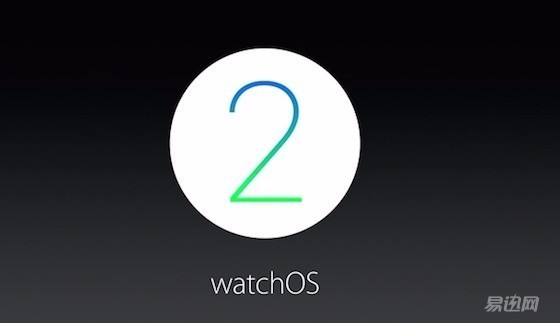 Watch OS is also a smart watch system developed by Apple to develop the field of smart watches. You can also think of it as a lite version of iOS. On behalf of the device Apple Watch, the author can only choose this. 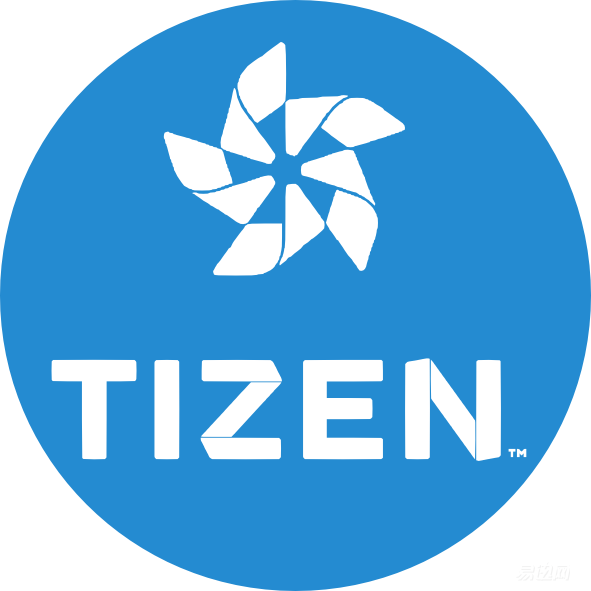 Tizen OS's life experience is more complicated. His predecessor is the combination of Samsung's pita system bada system and Nokia's abandoned MeeGo system, based on the Linux kernel development. As for what the bada system directly asks Google, Bada's representative device is the Samsung Wave S8500, an application that uses as little as a poor mobile phone. Speaking of MeeGo will have to mention the former mobile phone giant Nokia launched the flagship N9, the author point, Novo powder Google ah. Representative equipment Samsung Gear S, Samsung Gear S2, Samsung Gear 2. I chose to compare with the Samsung Gear S of the same generation of Moto 360 and Apple Watch. 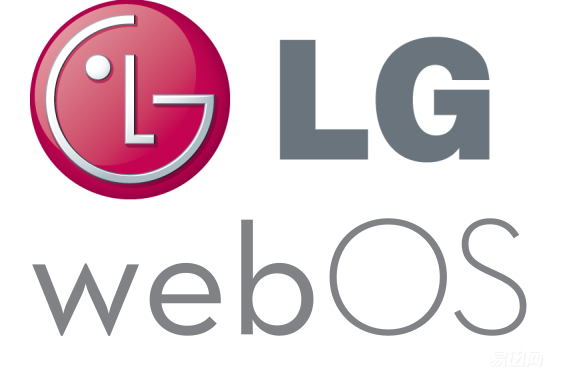 Speaking of Web OS, I have to say that the Palm company mentioned in the previous issue, which is the old owner of Web OS. This operating system is the successor to the Palm OS. Palm company wants to use the Web OS to return to the throne of handheld device giants, but it is counterproductive. Palm failed. This system was subsequently acquired by Hewlett-Packard and LG, and has now become a product of LG. This system is also based on Linux development. I did not have to choose, on behalf of the device only LG Watch Urbane LTE.

Not much to say, let's take a look at the comparison of the four systems.

First of all, look at the uniqueness of the four watches. 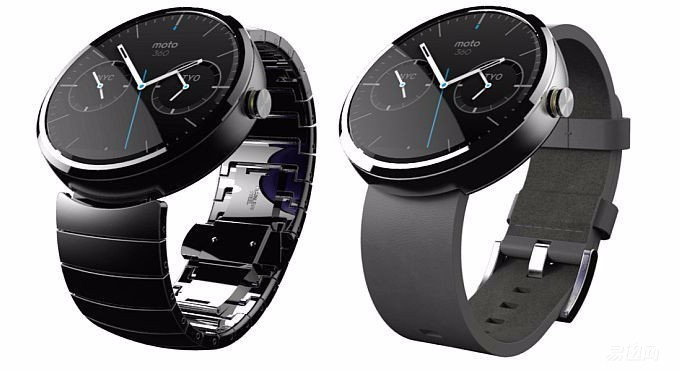 Moto 360 is the first Android Wear smart watch with a round dial design. The beautiful round dial and side switch like a mechanical watch, combined with a metal wrist strap, make it look more like a real machine Watch. It can be said that moto 360 is the best looking android smart watch in the current design. After it, there are many design imitators, such as LG and Samsung. 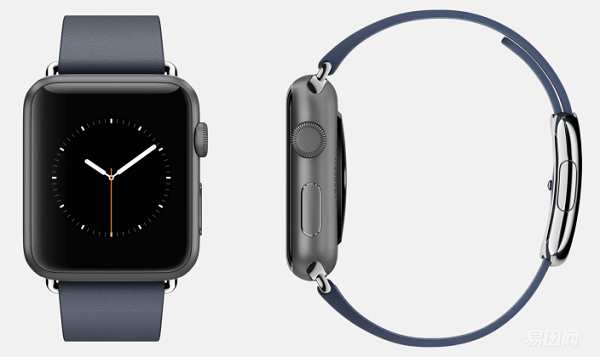 Apple Watch uses a rounded rectangle design, rounded corners, and full of personality. At the same time, Apple has equipped Apple Watch with a tempered strap and a sports silicone strap. The side still uses a switch button similar to a mechanical watch. The design of the entire watch is beautiful, but the shadow of Sony Ericsson design can be seen vaguely. 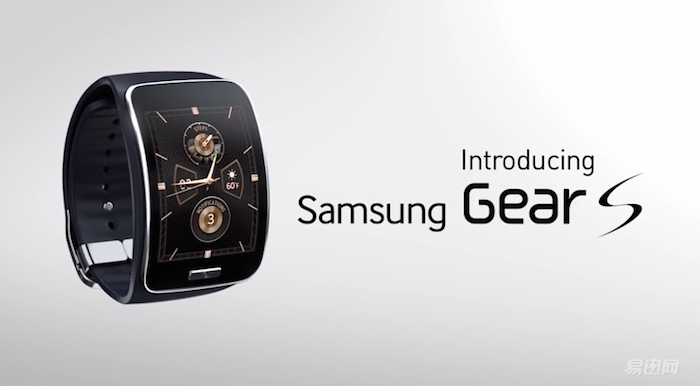 Samsung Gear S uses curved surface design, plus a metal frame design, the bottom of the screen is a pressing Home button, silicone wristband design, full of sense of technology. If you watch from a distance, similar to looking at a curved screen smartphone, is it cool? 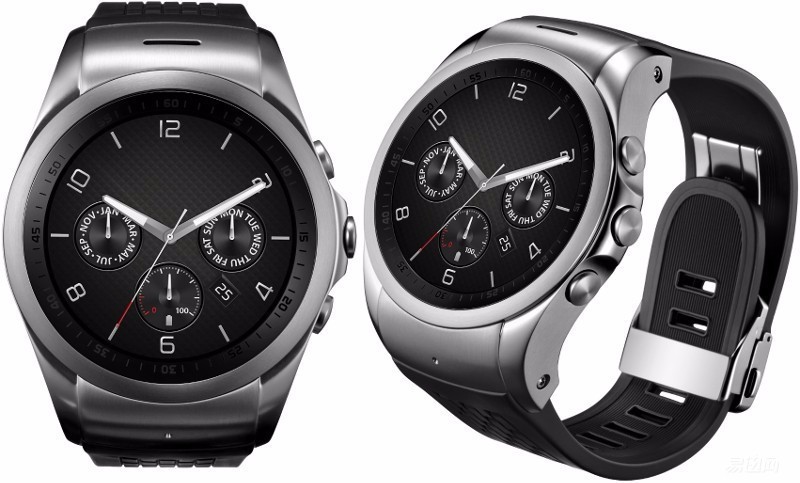 Like the moto 360, the LG Watch Urbane LTE uses a round dial and a watch key design to create a more sporty design. In fact, for the author, preconceptions, LG's design can only be considered quite satisfactory.

In terms of appearance, Moto 360 and Watch Urbane LTE are best suited to watch designs, and they are also the most aesthetically pleasing. The appearance of Apple Watch, exquisite design, on behalf of a very small number of people seeking the ultimate life of the aesthetic, Samsung screen technology full sense, the appearance of the party and the cool people are the best choice.

Since the four models use different operating systems, the contrast configuration is meaningless, so the author skips over the configuration of the four watches. If there are interested partners, please search for them.

Since the four watches use different operating systems, the author can only compare them from similar places. Let's take a look at the characteristics of their dial interface. 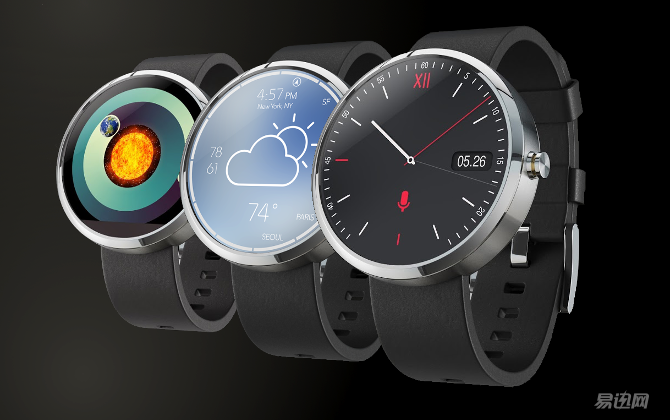 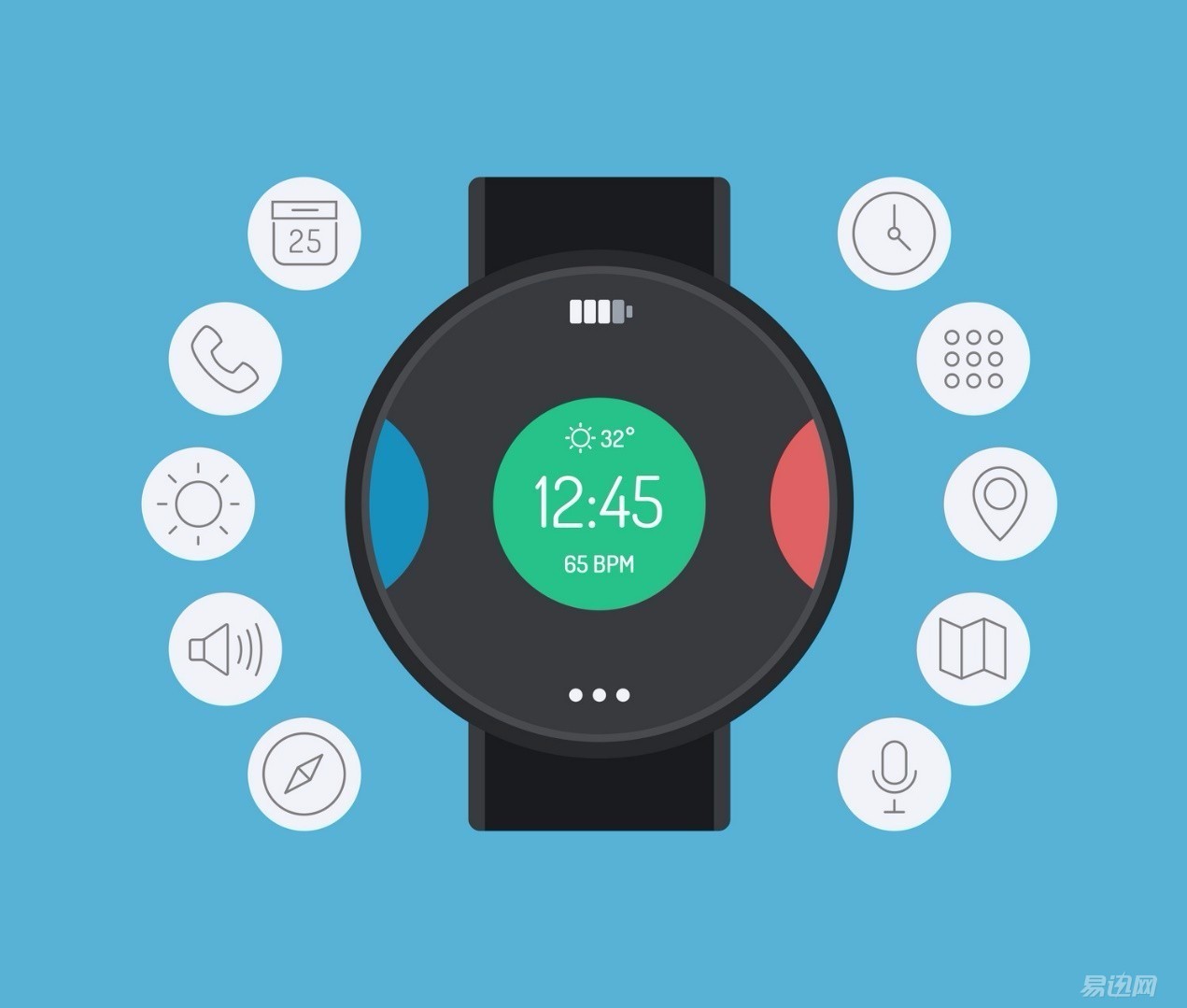 Moto 360 dial is round, so the use of a circular dial dial, and mechanical watches are similar, I like this smart watch, will not change the watch vision, but also provides the smart watch function. And moto has installed Google's system, so in addition to the system's own dial, you can also download a new dial through the Google market, the exchange of the dial is more, but the need for scientific Internet access. Android Wear, like Android, uses the Material Design design language, plus side-to-side slide functionality, making the system beautiful and convenient. 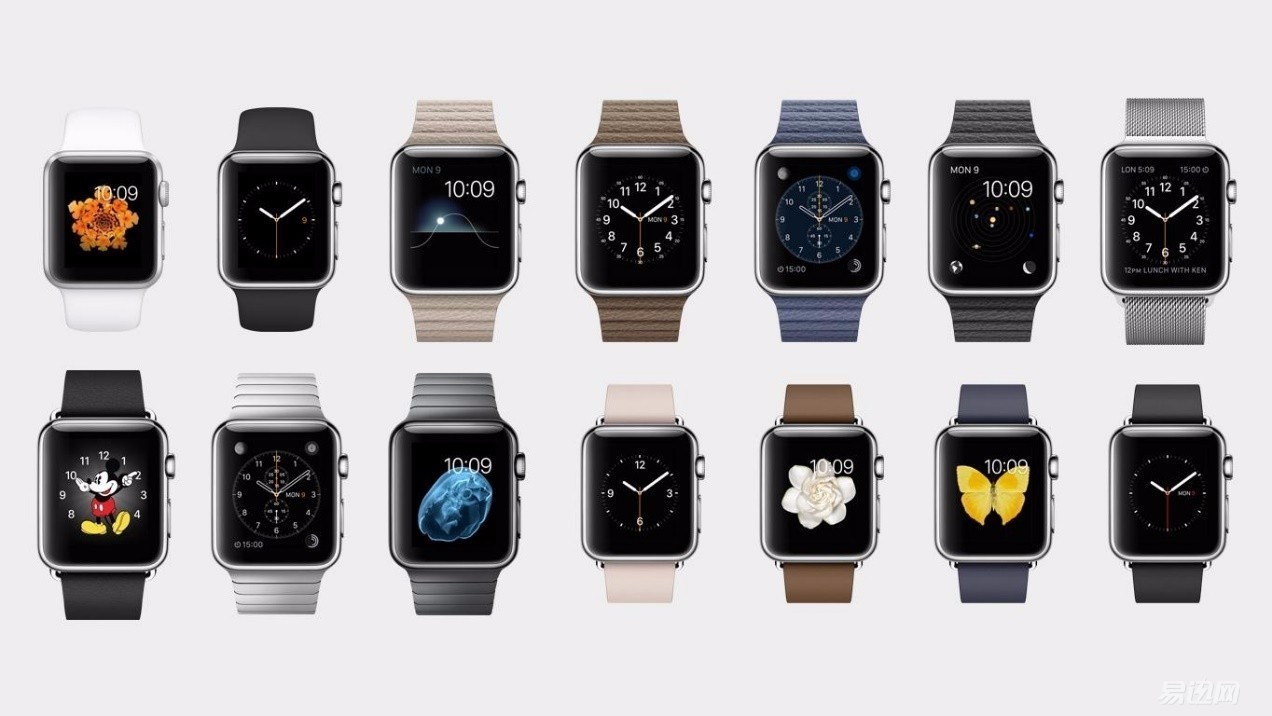 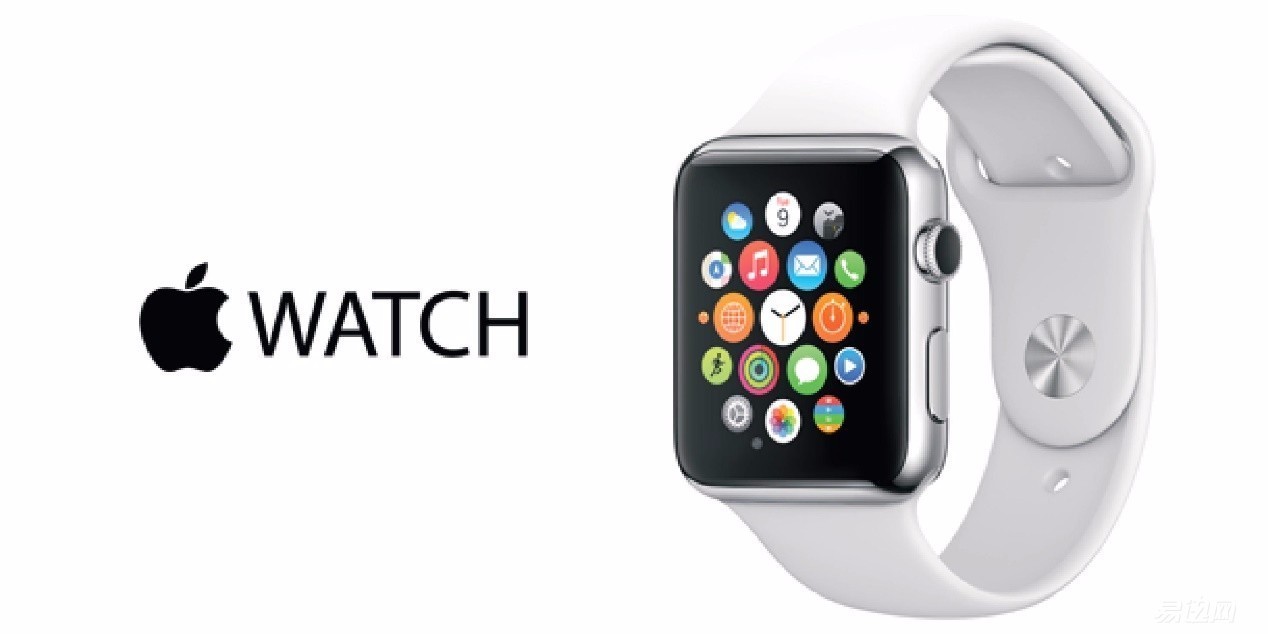 The apple dial is a rounded rectangle, although the use of a circular scale dial is not very beautiful, but relying on its own unique high-quality software quality, comes with many beautiful themes. However, Watch OS 2.0 users can not change the dial, very sorry. Apple Watch's interface design is very beautiful, the main interface is composed of many circular application icon rotation, you can use the side clock key rotation to enlarge and reduce the interface. 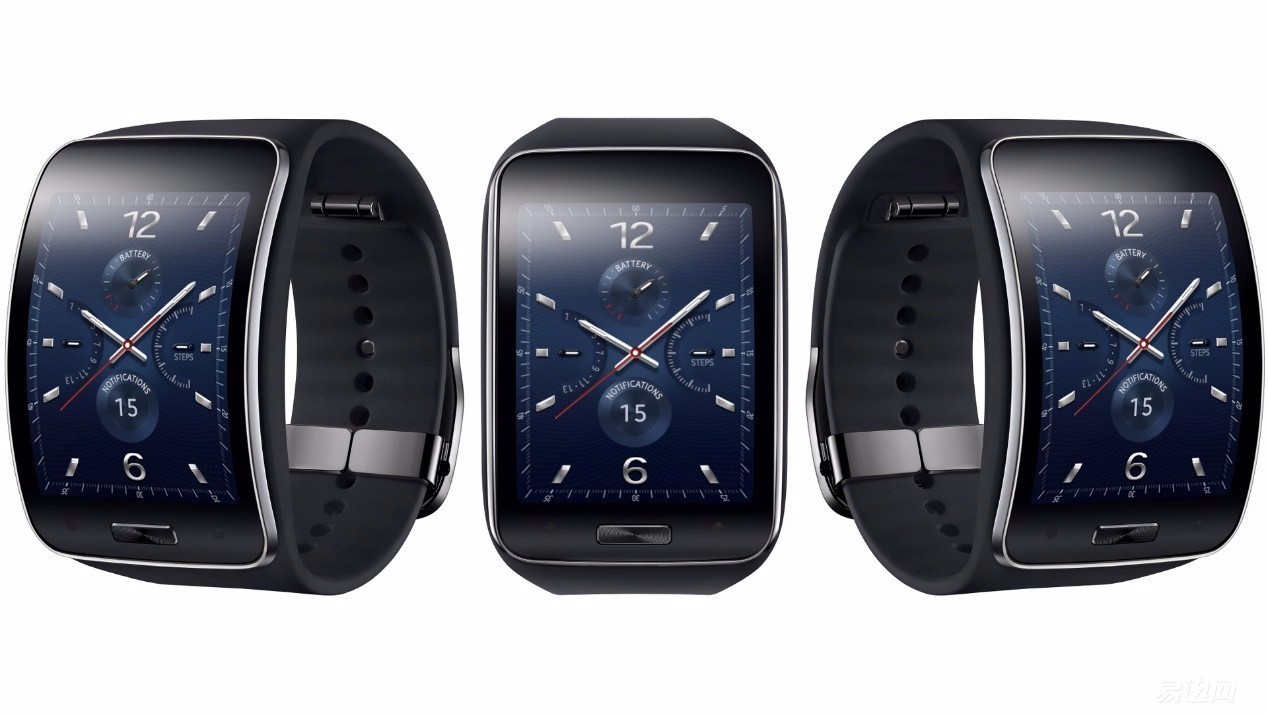 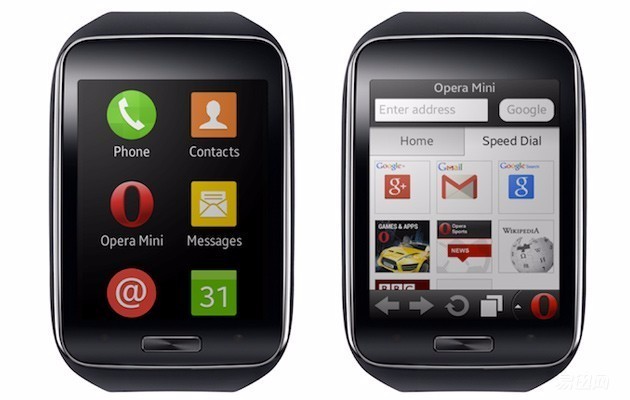 Let's look at the Gear S. Because it uses a 2-inch curved surface rectangular screen that is larger than both the moto 360 and the Apple Watch, the watch can only use a rectangular dial, which is the lock screen interface of the mobile phone. Outstanding design Gear S, the mediocre dial, coupled with Tizen OS has just started, making Gear S in addition to a few dials, basically no third-party dial support. Gear S uses a traditional mobile app sliding up and down the drawer interface, while the new Gear S2 uses a rotating dial design, and the interface becomes similar to that of Watch Urbane LTE. It is also considered progress. 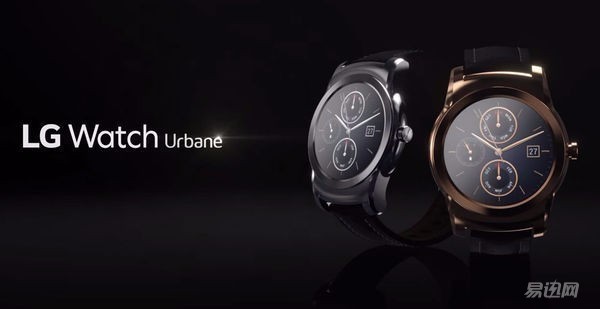 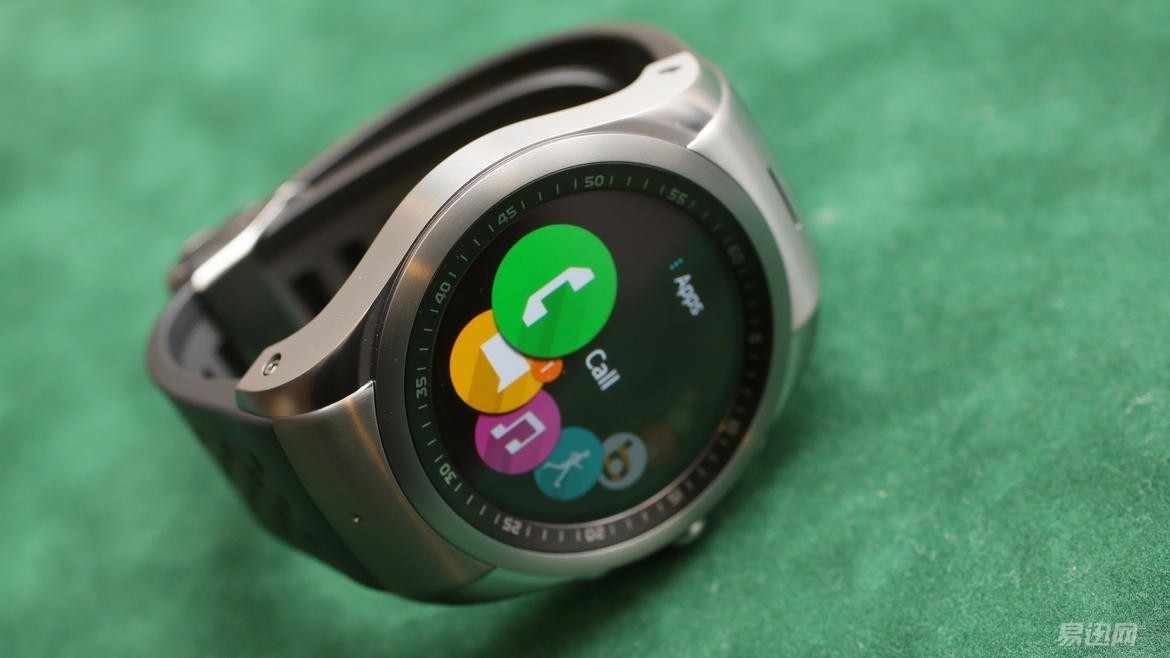 In terms of the dial interface, Android Wear has the highest playability, but the domestic needs to surpass the wall, and Apple's dial interface is the most sophisticated, Tizen and Web OS these two new system dial interface is quite satisfactory, still need to work hard.

For the average user, if you have the screen display requirements and the above functional requirements, and do not care about the watch standby time, recommend buying. As for which one to choose, it is necessary to look at the beliefs of everyone. If you just need to notify the reminder or motion detection function, and there is a long waiting time, then I suggest you consider a smart bracelet without a screen, may satisfy you. As for the demand between the two, I suggest you consider the bracelets of Sony smart band talk, Huawei B series bracelets and other smart watches.

Although the four watches have different systems, they have similar functions such as notification, calendar, weather, temperature, exercise monitoring, and heart rate sensing. The author does not introduce it, just to look at the unique features of each watch.

The Android Wear homepage has a unique G icon. Just click this icon to enter the Google Voice Assistant. At the same time, Google has added action-awareness to Android Wear. Android Wear has the same activities as Android to drive and ride bicycles. The ability to walk, run and stand, etc., can also sense whether the user is in the dance, quite smart. 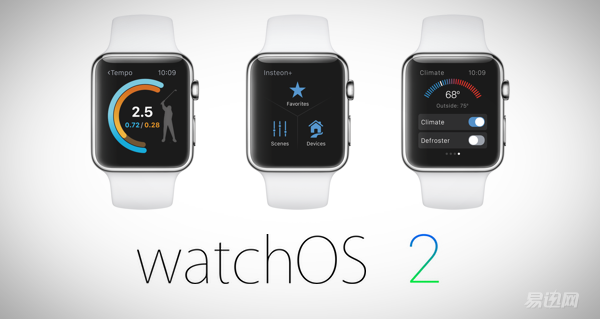 Apple added a time travel function to Watch OS 2.0. Not only can you check the future schedule, but you can also view previously missed news, mood, etc. It sounds like a friend circle feature. At the same time, Apple Watch supports its own siri voice assistant, but there is still no Google voice assistant at home in the country. Apple Watch uses the exclusive Force Touch feature. Pressing the icon hard will bring up a menu similar to the right-click menu, which is quite convenient. 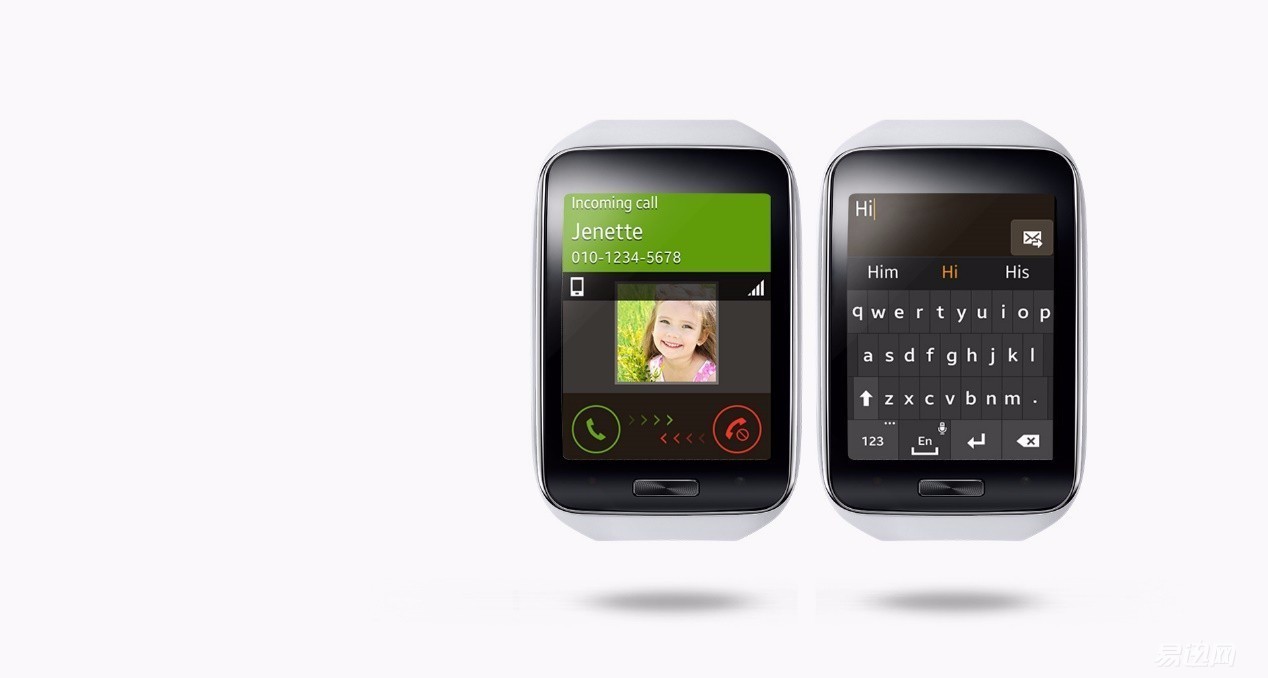 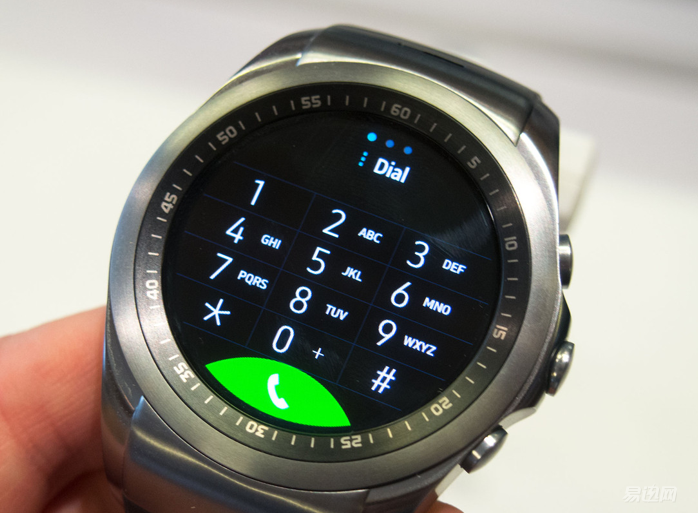 There is a common special function for Gear S and Watch Urbane LTE, which is the ability to access the Internet independently. In particular, the Gear S can be inserted into a nano card as a wrist watch. It is sometimes convenient to use as a telephone, but it can be used in a quiet place, but in a noisy place, I can't imagine who would raise his arms like a fool to call. Watch Urbane LTE can use 4G network and can also make calls. Both watches can be used independently. This design does not know if you like it or not?

After years of development, smart watches have ushered in an outbreak period. At the same time, the system has become more and more powerful, and the design has become better and better. However, for ordinary users, more attention has been paid to the power usage of watches. As the development of the battery reached a bottleneck, we temporarily put aside the use of electricity.

If you like the use of personalization and independence, I recommend Samsung Gear S. And if you are a full apple powder, and are using Apple 6 or more mobile phones, it is recommended to buy Apple Watch; and ordinary Android users, none other than moto360, beautiful and practical. As for Watch Urbane LTE, it is probably only lg powder or people who have special requirements for 4g. System playability is too low.

Well, the author's introduction has come to an end, if you are interested in the above smart watches, you can go to the physical store experience, feel satisfied and then buy. Please look forward to smart watch operating system III. As for the subtitles, don't tell you.

Disclaimer: All reference pictures in the picture are from the official, this series of articles is original, please do not copy.