Recently, at the Toyota Global Security Technology Conference 2014, Toyota announced a new generation of auxiliary vision lighting technology - LED row AHS (adaptive high beam control system). Compared with traditional technology, it can control LED lighting and shut down independently, enabling more accurate light distribution control. It is planned to be used in new cars that will be launched in 2015. 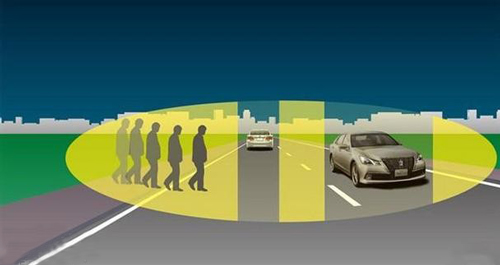 The set of lamp system is called "LED row type AHS (adaptive high beam control system)", and multiple LEDs arranged in a line are used as the high beam light source, and are independently controlled, compared with the traditional lamp illumination. The range of illumination is wider, and it will not cause the occupants of the front and opposite vehicles to dazzle. This similar lighting technology first appeared on Audi's latest generation A8, named the matrix headlights.

The previous AHB (automatic adjustment of the high beam) automatically switches from the high beam to the low beam after the camera detects the vehicle in front to prevent glare, but after changing to the low beam, if it encounters the preceding vehicle When there are pedestrians crossing the road in front of them, it is sometimes difficult to see pedestrians. With the new system AHS, you can continue driving with the high beam, so the safety is higher. 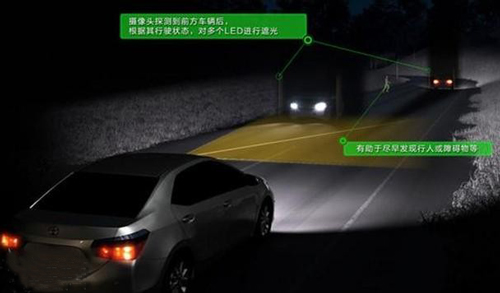 According to Toyota's survey data, in 2013, the number of people killed in traffic accidents in Japan was 4,373, of which 70% were due to nighttime deaths. To this end, improving the scope of night vision and not affecting the driving of others has become an urgent issue that needs to be solved urgently. The Toyota AHS has emerged in this context. It is reported that Toyota plans to gradually deploy AHB in the active safety package "Toyota Safety Sense" since 2015, and will continue to actively pursue the development of safety technology.