Ricoh CC Screenless TV This small machine with four sides uses a 0.3â€ DMD RGB-LED with a brightness of 350 ANSI lumens. This specification is comparable to the 0.45â€ DMD RGB-LED/600 of the Z4 Aurora before evaluation. ANSI lumens are lower. However, the resolution of both is actually 3D 720p (1280*720, Aurora is 1280*800) and the contrast is 500:1. However, compared to Z4 Aurora, CC also has its own unique features, such as the built-in 20,000 mAh battery so you can get rid of power line work; for example, equipped with a larger-scale JBL audio system, you can play out better sound quality, etc. . From a pricing perspective, the Z4 Aurora behind the 1080p flagship H1 is priced at 3,999 yuan and the Aurora CC at the front is 2799 yuan. The spread is still relatively large. 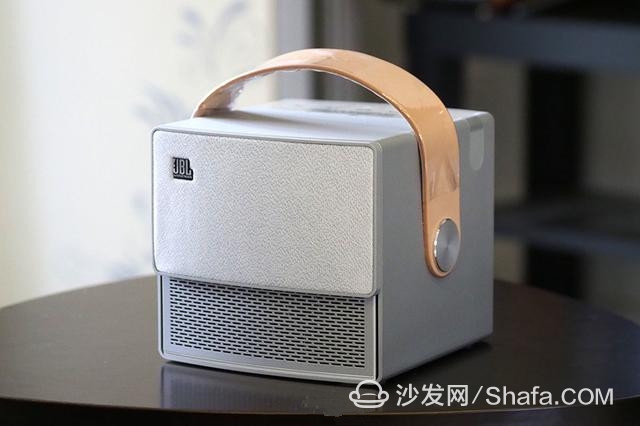 Unlike the traditional micro-projection, which is specially made to have a flat appearance in order to be stuffed into a briefcase or a suitcase, the pole meter CC completely makes itself a sprouting cube; it is separated from the hard-hitting design area of â€‹â€‹the conventional high-tech products. In fact, the CC CC is still very nifty. In the fuselage, a detachable leather (said to be the Nordic first layer of leather) is put on the body so that you can carry it out like a picnic box; Simple: Slide the protective cover on the front of the camera to reveal the lens as a projection. Close it and turn it on or enter the audio mode.
In the past, there were models with built-in batteries. However, because of the squareness of the CC model, it was easy to insert a 20,000 mA battery. With such a large-capacity mobile power source, it is natural to hold it for hours of continuous listening to the outdoors or watch several movies at once. 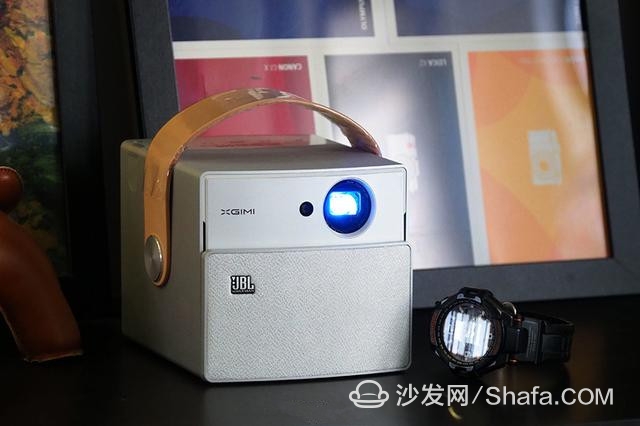 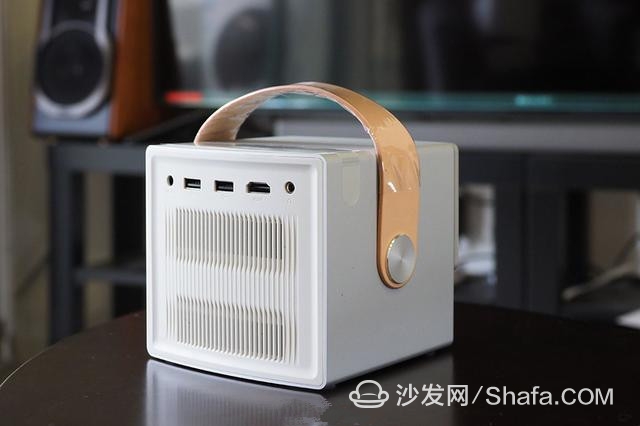 So, what is the quality of the sound and picture of this small machine? I mentioned earlier that it is lower than the Z4 Aurora or flagship H1 in the hardware specifications of the projector module, but considering that I usually only use its built-in system to look at the movies on the network (except for the default Mango TV, I usually only Need to re-install a 'TV cat' watch broadcast, a 'TV' watch live, so the actual resolution is sufficient.
350 ANSI lumens (according to the lumen calculation method of projectors in the past, the brightness of this machine is already at 1000 lumens.) Although it is not yet possible to see the projection without any shading at all in the daytime, it does not need to be done. "Fully shading" to watch. The reality is that I often watch videos on a second-floor platform with a meter meter CC. At this time, my family leads a computer downstairs. She will always have a three-course meal light in the dining room. The warm yellow light will be projected to the second floor, but this will not affect my projection. In addition, this machine has a very useful feature: every time you move the meter CC position, it will automatically focus on the projection screen without the user's manual adjustment (of course it also supports manual focusing). This auto-focus function undoubtedly brings us great convenience for moving the position of the projector often. Anyway, if you lift it up and go, it will be clear to put down the picture. 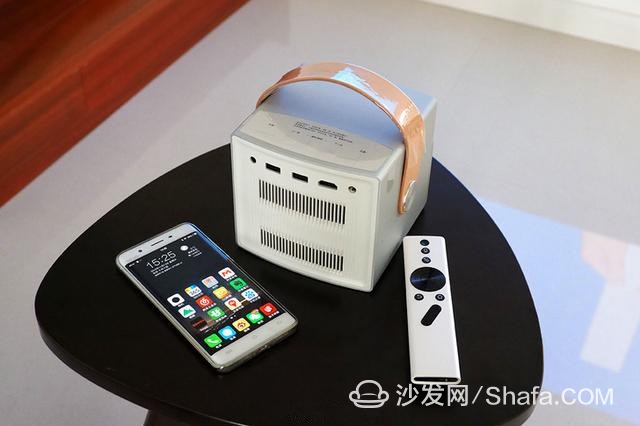 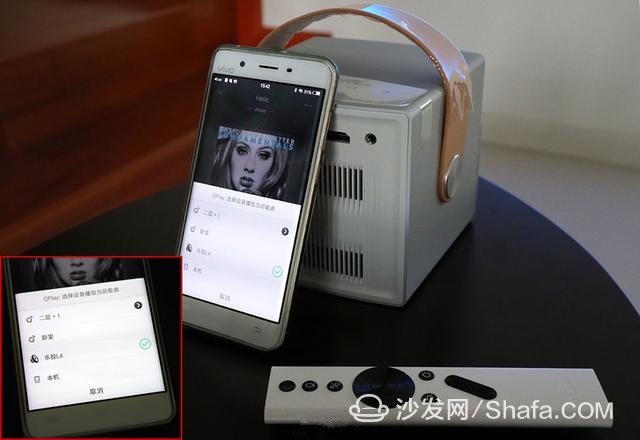 In terms of sound, the previous Z4 Aurora has a Harman Kardon logo on the body, and this time, the CC is directly associated with the famous speaker brand JBL (affiliated to the Harman Kardon Group. It seems that the overall acquisition was made by Samsung recently. ) Cooperation, the square body should have a large volume of actual service for the built-in speakers. Due to its large size, it can accommodate 40mm dual speaker units and a passive bass booster at low frequencies - a structure that is no different from conventional Bluetooth speakers. Judging from the playback effect, the Rami CC can indeed play very loud and have a stronger low frequency than the Z4 Aurora. Although the overall performance is still inferior to the Bose SoundLink mini with black technology, there is at least no bad sound. Whether using it to connect a Bluetooth mobile phone or relying on the built-in system to play online, the sound quality can let me accept. However, here is the way to Tucao: the built-in online music system is more mentally retarded, song single level and handling are much better than directly using mobile QQ music to push up more appropriate ... 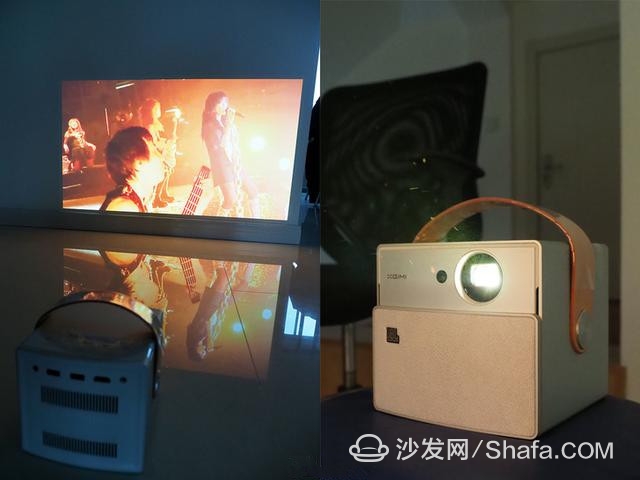 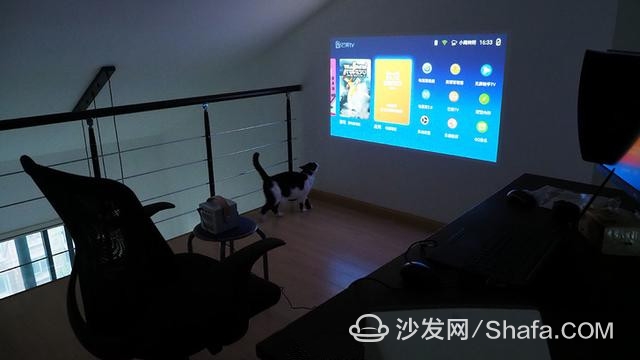 On the whole, since the family has long had a large-screen tablet and a more professional projection system, I did not originally build a â€œhome theaterâ€ with a pole meter CC (which means that in the traditional sense, there are higher requirements for audio and video effects). System) idea. Since this gadget is easy to use and does not take up any space, I will be happy to put it on the floor of the second floor study with a white wall as the screen so that as long as I'm tired of writing, I can use it to relax my spirit; because it carries Convenient and without plug-in, I would also consider throwing it in the trunk when going out on a self-driving tour. At any time I want to listen to the songs and listen to the songs. 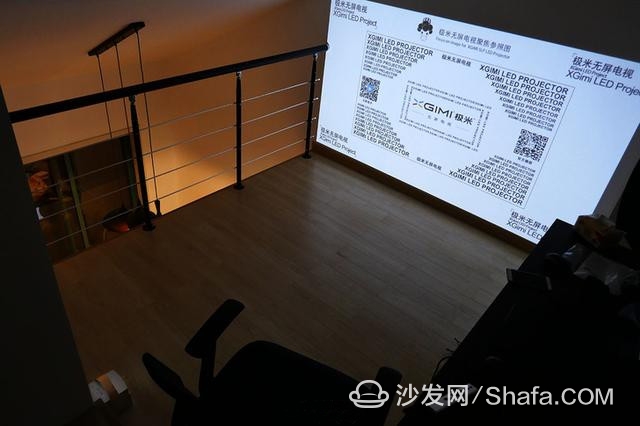 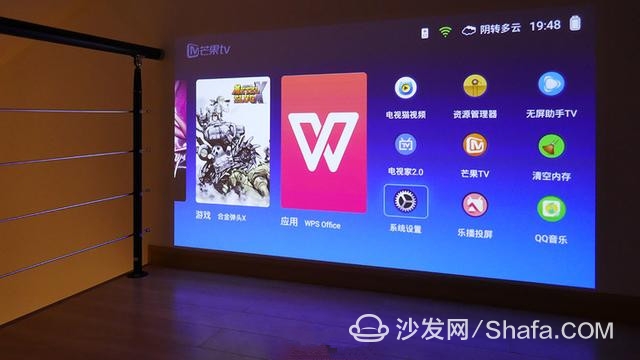 The reason why I would like to have a very special CC meter is that the most important thing is to feel that on this machine, the company has changed its functional positioning. I had always thought that apart from being used as a projection newsletter in the commercial field, the most important role of such â€œnon-screen TVsâ€ is to help those who donâ€™t or donâ€™t want to buy large-screen flat-screen TVs and want to be able to watch large screens at the same time. A family "solves the contradiction between the size of the equipment and the big picture. However, in fact, these products are really drifting away because they often need to move to buy only portable audio and video equipment to buy it? Not the case. 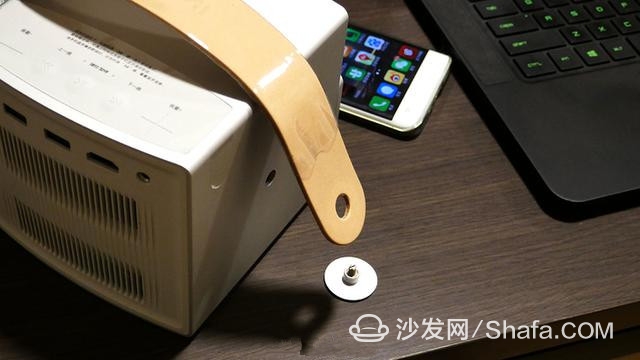 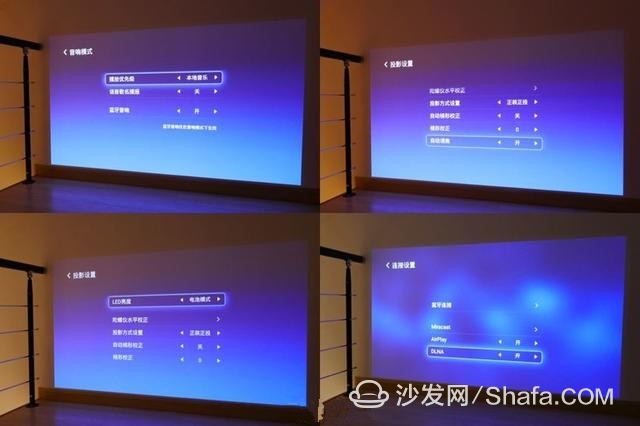 Due to my influence, several friends from around I started this kind of product (including the micro-projection of brands such as polar rice and nuts and Lenovo's projection tablet, etc.), but none of them were in order to facilitate the moving of â€œrentersâ€ and they were in the house early. There is a big screen flat TV. Their reason for starting such products is largely purely "fun" and "not expensive." As for the types of products that will be used in ordinary days, some of them are to give children cartoons, some to avoid having to watch television with family members or to watch television dramas to grab TV, and some of them are to travel with the whole family when they travel. Beside you. 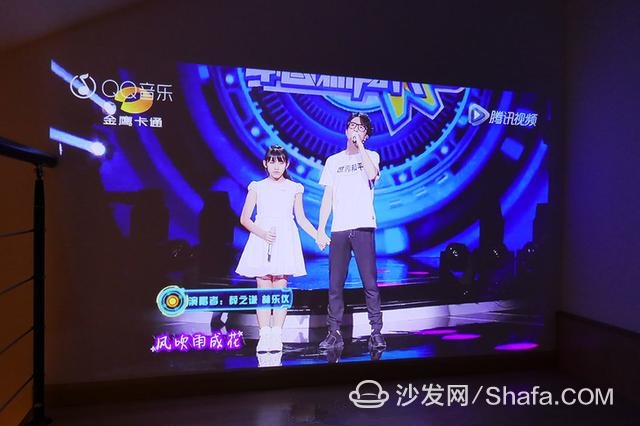 For them, microfinance is also a good thing. "No screen TV" is a tool that can enrich the joy of life. For these friends, this type of product is not "just needed for life," but with these gadgets, the family can be more full of laughter - this is the value that such products create for them. The pole meter CC is exactly what I think so far is the â€œbest playâ€ of the meters, and is also the product that can create the most joyful value for these users. 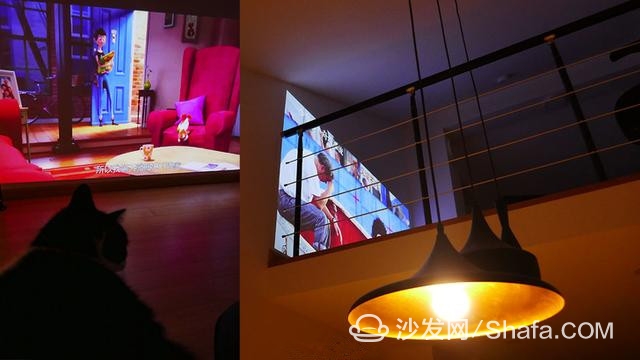 Of course, I would expect â€œhigher resolution and brightnessâ€, â€œenhanced lens optical offset functionâ€, and â€œmore powerful sound quality and longer battery lifeâ€ for future models of the Ramimi CC. However, what is important is that I hope that Kami Rice will continue the design concept of â€œcreating joy for lifeâ€ and let more people know that â€œnon-screen TVâ€ (micro-projection) is not just for renters. Dedicated, but each family can consider buying a play.
Smart TV/box information can focus on smart TV information network sofa butler (http://), China's influential TV box and smart TV website, providing information, communication, etc. on TV boxes, smart TVs, smart TV software, etc. Answering questions.

Q: What does NiMH stand for?

A: The material is Nickel Metal Hydride (NiMH) which has many advantages over other battery construction materials.

Q: What is meant by battery memory?

A: Older generation and batteries with other chemical make-up were subject to a memory effect. This is when a battery must be fully drained before recharge or their capacity is reduced. The New Generation of NIMH batteries do not develop a memory effect and can be recharged at anytime during usage cycle. When uncertain about battery charge level or condition, recharge it.

Q: What is the mAh rating mean?

A: This is a rating of energy storage capacity mAh = [milli-ampere hours". So if you are comparing batteries to a AA with a 2000 mAh rating, it will have twice the capacity of a 1000 mAh rating.

Q: What is the best application for NiMH batteries?

A: Most all applications where there is a high energy consumption and demand, is where NiMH belongs. The most popular applications are digital cameras, flashlights, and toys. If you find yourself constantly buying alkaline batteries for an application, then you should consider using rechargeable NiMH.

Q: How many times can a NiMH battery be recharged?

The new higher capacity AA 2500 mAh rechargeable batteries have greater power capacity, but they can only be recharged approx 500 times in the overnight mode. Capacity improvement or quick charging will always decrease the number of cycles. Every cell available on the market above 2100 mAh will have below 1000 charge cycles.

Q: What applications are not good places to use NiMH batteries?

A: Any situation where the battery is not used within a 30 day period or low energy draw devices, for example smoke alarms, emergency flashlights, clocks, TV remotes, etc.

Q: Why won`t NiMH batteries work in some applications such as smoke alarms?

A: NiMH batteries self discharge about 1% per day so if used in a low energy consummation or stand-by device, the battery will only last about 90 days before requiring recharge.

A: Yes, the mAh rating will give you longer run times between recharges. The higher rated mAh of a battery has no effect on electronic devices other than they allow longer term use.

Q: What you NEVER want to do with replaceable batteries?

A: Yes, but nothing drastic. About 10 to 15% of the battery mAh capacity will be lost at the 400 to 800 recharge level. This will vary greatly because of battery and charger quality, along with how the consumer treats their batteries.