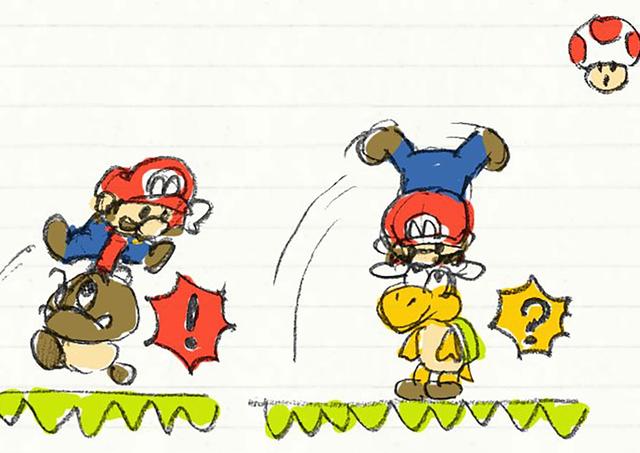 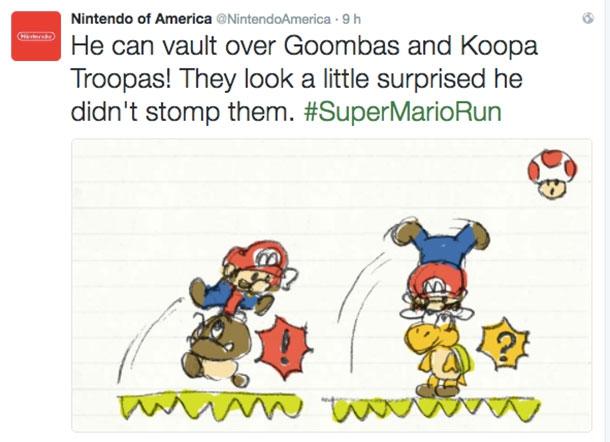 The first picture of Nintendo's official push seems to reveal Mario's new approach to dealing with mushrooms and the monster Kuba. The text writes:

"He can pass over the head of mushrooms and Kuba. He doesn't step on them. It looks a bit surprising."

Afterwards, Nintendo has posted several sketches showing that Mario is learning how to use various postures to jump over obstacles. Finally, with his own efforts, he can jump higher and faster. 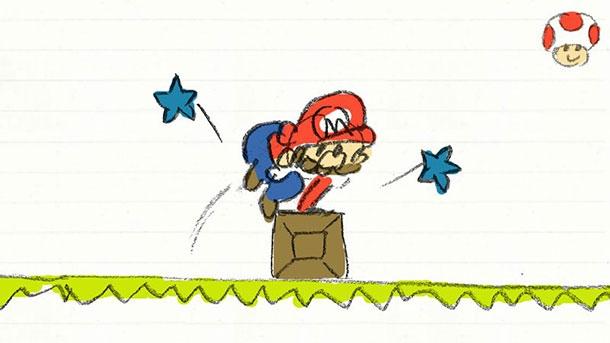 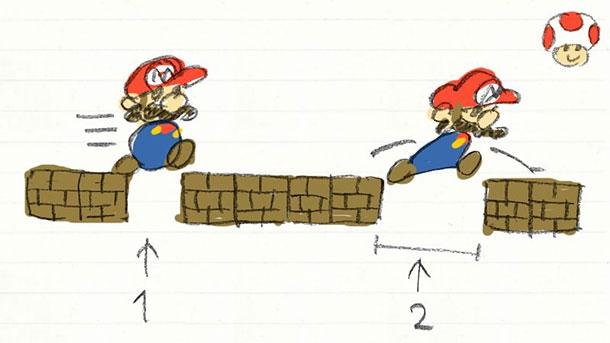 In the fifth article on Twitter related to Super Mario, Nintendo said:

"We received a report from Chinobbio that Mario is running east and west. Please continue to follow up on the progress."

According to the plan, the game will be launched in the App Store of 151 countries around the world on December 15th and will be available in 10 languages. As for the Android platform, there are currently no specific online dates.

This article maps, maps are from

[This article comes from the Tencent News client from the media, does not represent the views and positions of Tencent News. ã€‘