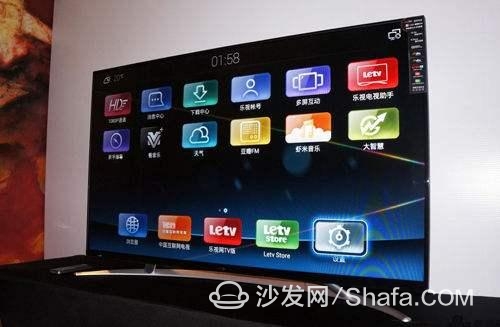 1, the current status of the entire industry is the homogeneity of television products is quite serious, the average layman is very good or bad judgment, so remember an old saying: a price of one point of delivery;
2, then the following from four aspects to evaluate LeTV: industrial design, hardware, software and content. Traditional TV manufacturers, such as Skyworth and Hisense, have accumulated a large number of advantages and precipitates in industrial design and hardware. Combined with resource platforms built over the years, the supply chain is continuous and stable, and LeTV is an advanced Internet company. In this regard, there are still some shortcomings, so Leshi's industrial design and hardware are relatively poor. In terms of software, most of them have gradually converged. Since 12 years ago, the Android operating system has become widespread in large areas. Afterwards, the market has all been the sound of smart TVs. After a "community," various manufacturers have begun to study their own operating systems, such as Skyworth's godsends, Hisense's VIDAA, etc., then LeTV as an Internet content provider, there are still certain advantages in terms of content, but under the platform of Internet information sharing, the advantages have gradually declined. Such as TCL's iQIYI TV and so on.
Smart TV/box information can focus on smart TV information network sofa butler (http://), China's influential TV box and smart TV website, providing information, communication, TV boxes, smart TVs, smart TV software, etc. Answering questions.