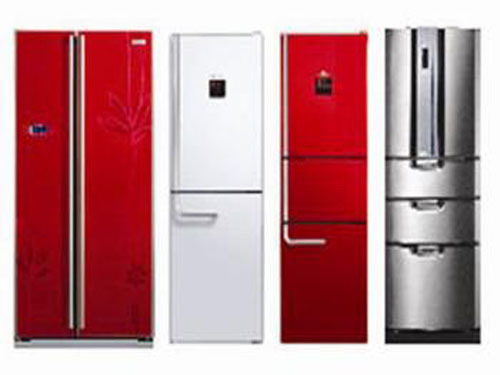 At the annual meeting, China E-Newsletter and China Yikang jointly issued the "2013-2014 China Refrigerator Industry White Paper" (hereinafter referred to as the "White Paper"). The White Paper pointed out that due to the combination of factors such as weak economic conditions, withdrawal of subsidy policies, and sluggish real estate market transactions, China's refrigerator industry failed to continue its rapid growth in 2013 in the first half of 2014 and fell into a downturn. Despite weak market growth, large sales of high-volume products, faster landing of smart products, and preservation of refrigerators, sterilization, and anti-microbial technology have also provided room for growth.

However, in 2014, the negative start of growth has kept the entire industry in a low position. According to statistics, from January to April, the retail volume of the refrigerator market was 10.22 million units, and the retail sales amounted to 27 billion yuan, a year-on-year decrease of 8.5%. According to Chen Gang, the deputy secretary-general of the China Household Electrical Appliances Association, the combination of data from recent years indicates poor performance in the first few months of 2014, mainly due to the macro environment and industrial environment. At present, it seems that China's overall macroeconomic environment is unlikely to be significantly positive in 2014. The new governmentâ€™s policy tone is â€œsteady growth, structural adjustmentâ€, and the economic structure will shift from extensive growth to intensive growth. For manufacturing companies, the desire to pull terminal sales through stimulus policies is difficult to achieve in the short term. The real estate market as the biggest factor affecting the renewal demand, in the first four months of 2014, both the sale of commercial housing area and sales, have a significant decline. In addition, the popularity of the Chinese refrigerator market in urban and rural areas is already very high. Under the background of these factors, it is also reasonable that the Chinese refrigerator market is relatively sluggish in the first half of the year. He believes that the decline in the market in the second half will be narrowed, but from the perspective of the whole year, it may show low or even negative growth.

Although the entire industry is not optimistic about the trend, but the "white paper" believes that the market still has four major sources of growth: First, large-capacity refrigerators continue to rise. From January to April, retail sales of refrigerators with a capacity greater than or equal to 300L increased by 7.9 percentage points over the same period of last year. The second is that the "fine" of consumer demand has changed significantly. From the perspective of product structure, the proportion of retail sales in the overall market was more than 70% with three-doors, two-doors, and multiple doors. Third, consumers pay more attention to health functions. Fourth, the smart refrigerator has become the new favorite.

As the theme of this year's annual meeting, â€œWisdom has no borders,â€ and â€œsmartnessâ€ and â€œfreshnessâ€ are just a glimpse of the downturn in the industry. Since the end of 2013, the refrigerator industry has made great strides toward intelligentization. Among them, Meiling has released CHiQ refrigerators with cloud image recognition technology and food management functions; Haier's intelligent cloud refrigerators can implement remote real-time control. It can be said that although the technical standards, consumer awareness, and experience are still mountains in front of the smart, but the rapid landing of a series of products will undoubtedly make ordinary household smart refrigerator dreams go one step further.

At the same time, at this annual meeting, the current trend of antibacterial, sterilizing, decontamination and preservation technologies for refrigerators, and the topic of consumption characteristics of refrigerators online and offline in 2014 were met by professors from the School of Food Science and Technology of Beijing Technology and Business University. Experts from the China Household Electrical Appliances Research Institute and Suning Yunshang representatives delivered wonderful speeches respectively.