Context Information Security, a UK-based research and development company, issued a statement warning all IoT-related companies that there is a security risk in LED light bulbs produced by LIFX that support wireless networking. "Obviously, in this wave of Internet of Things, these devices that require network connectivity do not reach their priority in terms of security requirements," said Context Research Director Michael Jordon. â€œWe also found many security vulnerabilities on other devices such as home storage devices, printers, and baby monitors. The IoT security standards need to be taken seriously, especially as these companies are ready to connect critical devices and systems to the network. Before." Jordon added. 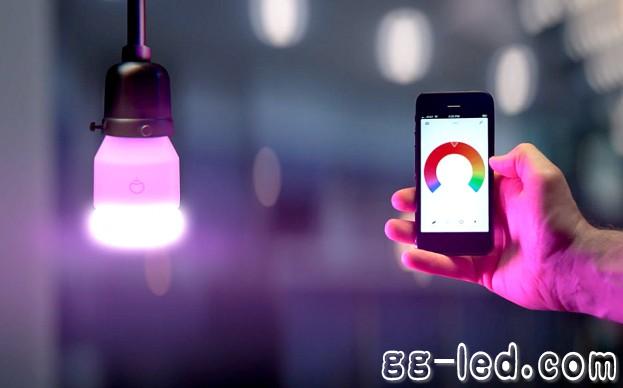 These LED bulbs, produced by the startup technology company LIFX, use the 802.15.46LoWPAN network, allowing the bulbs to be remotely connected via the mobile app connection when Wi-Fi is connected. As long as you listen to network packets, you can discover encrypted network settings messages from these lights. Basically, to understand the encryption method used, Context must connect two micro-control system units (TI and STM, both Cortex-M3) to the JTAG test connection. Once connected, you can read it. Take encryption algorithms, keys, and wireless mesh protocols. This information will allow companies or businesses to place network packets and these actions will not be detected.

Subsequently, it released a firmware update in cooperation with LIFX. This vulnerability has been fixed. Now all 6LoWPAN networks need to use the encryption key imported from the Wi-Fi certification authority, and LIFX's newly produced light bulb has also been added to this security mechanism.

"Invasion bulbs are not a trivial matter of sesame mung beans, but may cause cybercrime," Jordon said. "In some cases, these weaknesses can be easily reinvigorated, as demonstrated by LIFX developers. In other cases, these security vulnerabilities may exist in the foundation of product design. The most important thing is that these security measures must be built in all IoT devices from the beginning, although there seem to be many IoT companies. There are such problems, but when security issues are discovered, they can be patched up before the user suffers," Jordon stressed.

Battery charging stations may be installed anywhere within the system where the production process allows the AGV to stop (staging areas, turn arounds, loading stops etc.).

A Battery Charger supplies current to the base plate. Once the AGV is in charging position and the collector has made contact with the base plate, the AGV computer turns on the current.

The base plate has chamfered entry/exit ramps to facilitate smooth drive-on/drive-off of the spring loaded collector.