Touch technology has become the technology that has the fastest change and the most cutting-edge products differentiated creative design. The promising touch market allows Chinese manufacturers to plan a new pattern, either to expand production capacity, or to merge acquisitions, or to invest in new plants, introduce new production lines, and spare no effort to seize market share. Looking back at 2014, touch sensing has become a red sea. The electronic enthusiast network specially screens your touch sensing channel hot text top20, and sees how the famous factories and enterprises are sailing in the Red Sea. 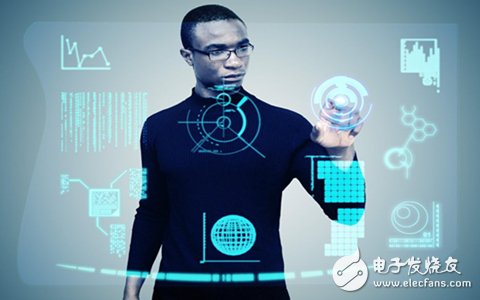 TOP1: Detailed explanation of iWacth or metal mesh touch technology to be used

TOP2: With it, the display becomes an Android tablet in one second!

Recently, we found a magic device called "ZmartframeMax" on the indiegogo crowdfunding platform, which can turn any LCD display into a touch screen display or even a large Android tablet.

On April 7, 2014, Duntai announced that it would acquire Xu Wei, a driver IC factory in Taiwan, by way of a share swap. The value of the merger is about 1.8 billion yuan. According to iSuppli Gu Wenjun, Duntai has established a leading position in touch and driver chips after the merger and acquisition. When the domestic touch and drive market develops rapidly, it is worthy of praise.

TPK Weihong Optics and Mudong Optoelectronics, the two largest touch screen companies in China, shut down some production lines and factories and sold their equipment and related businesses. Another group of small and medium-sized touch-screen companies have been eliminated in the vicious price war due to overcapacity and inventory fullness, and a new round of mergers and closures has begun in the touch-screen industry.

The Bridge On-cell touch solution is quickly picking up. In order to meet the design requirements of smartphone brand â€œflat price and high regulationâ€, panel manufacturers such as Samsung Display, AUO, Innolux, Huaying and Shenghua have actively developed more cost-competitive Bridge On-cell. Touch solutions, and is expected to officially mass production in the second half of the year, fearing the development of single-chip glass solutions (OGS) in the mid-to-high-end smartphone market.

Driven by multiple factors such as information security needs, public safety needs, and biometrics standardization, the potential market space for biometrics is accelerating. Fingerprint identification products are currently the most convenient, reliable and cheapest biometric products and thus become the first choice for most SMEs' attendance, and fingerprint recognition has gradually become the standard for portable devices.

Graphene smartphones are coming soon? Samsung Research and Development, Seoul National University announced on the 10th that they have successfully developed a touch screen made of large-scale graphene film and installed it on Samsung Electronics' "Galaxy" smartphone.

TOP12: The fingerprint identification market has been robbed, and domestic ICs have won the first opportunity.

The concept design of Atmel's center console, which was unveiled at CES this year, was introduced to China. According to the manufacturer, this demo shows how the car's central control may look after 2018. Of course, this cool central control used as a concept display is not a finished product, just for showing if the car manufacturer is willing to use the Atmel touch chip solution. If you can make a central control.

Cypress Semiconductor Corp. announced today that it will introduce a new TrueTouchÂ® Gen4X touchscreen controller that supports advanced features and large screens at the Mobile World Congress in Barcelona.

TOP16: The era of touch is coming, wearable devices are gradually becoming the direction

The rapid spread of smartphones and tablets has allowed the scale of the touch industry to continue to grow. While actively implementing the industrial layout, touch panel manufacturers have also shifted their development focus to new products and technologies to expand the touch application market.

TOP17: iPhone 6 security hole: Can the fingerprint film be unlocked?

Security Research Labs pointed out in a live video released on Youtube that the fingerprint recognition function on Apple's two new iPhone 6/6 Plus has not been upgraded compared to the previous generation, and fingerprint film can still be used. I lied. '

The chip design company focusing on flat display technology, Beijing JiChuang North Technology Co., Ltd. has launched a new touch chip with independent intellectual property rights - ICN85 series touch chip, which supports Add-on and In-Cell modules. It meets the needs of users to touch anywhere, anytime, and can maintain precision in a variety of complex applications, and has made significant innovations in noise suppression, frequency hopping, algorithms and power consumption.

After the panel factory put down the body and cooperated with the touch IC factory to develop the On-Cell touch screen, the technical problems of On-Cell commercialization were temporarily alleviated. Because On-Cell has obvious advantages in structure and optics, it has given the panel factory strong confidence in the previous period. Almost all panel manufacturers have accelerated the development and mass production of On-Cell touch screen. pace.