The proportion of Hongli Optoelectronics SMD LEDs continues to increase. In 2010, sales volume increased by 9.6% in 2009 and LAMP LED decreased by 9.61%. In 2008, small-scale production of automotive signal/lighting products began. Although the growth rate was more than four times, the scale was still small and the capacity utilization rate was relatively low.

The company's products are high brightness (10mcd < device normal light intensity â‰¤ 100mcd) LED. If the high-brightness LED is further subdivided according to the magnitude of the driving current, it can be divided into standard type, high current (High Current) and high power (High Power), among which the packaging technology of high-power LED is the most difficult. Details are as follows: 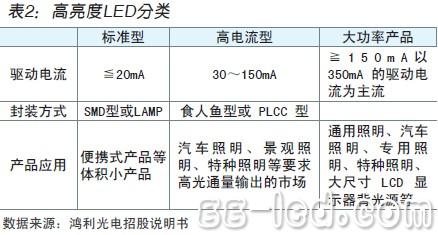 1) The proportion of white light and high power LEDs has increased steadily
In 2010, the sales revenue of white LED devices increased by 16.48% year-on-year, compared with 4.46% in 2009. In 2009 and 2010, the sales revenue of high-power LED devices accounted for 6.26% and 6.31% respectively. The profit margin of Hongli Optoelectronics is basically the same as that of listed companies in the same industry, but the growth rate is relatively fast. This is mainly related to the faster increase of the gross profit margin of white LED products and the increasing proportion of sales. In terms of application range, white LED is the most widely used LED product, and its wide application field and market demand make it have higher bargaining power.

This Optical Splitter use Planer Light wave Circuit (PLC) technology for split ratio 2, 4, 8,16, 32 and 64. PLC Mini Tube Splitter refers to the port 0.9 mm slip-on fiber multi channel direct output with a compact design and easy to use. It can be installed directly in various boxes without special design space. Application for FTTX network, LAN/WAN or CATV network.