It is reported that Qinshang Optoelectronics intends to issue 46.835 million shares, accounting for about 25% of the total share capital after the issuance. The total share capital after the issuance is 187 million shares. Based on operating income, Qinshang Optoelectronics has become the largest listed company in the LED semiconductor lighting application industry in China, and is the first listed company in the industry to focus on high-power LED semiconductor lighting. 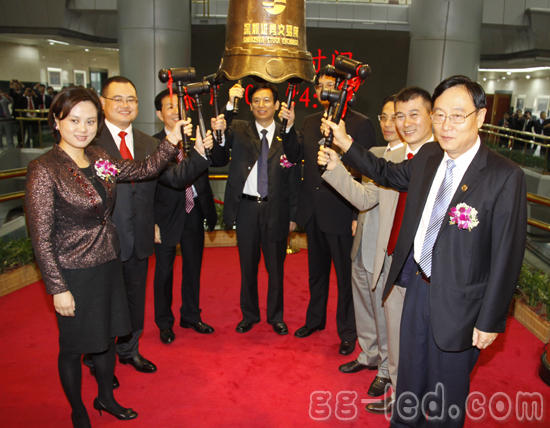 Leading in the industry

At present, most domestic listed companies with LED as their main business are mainly engaged in LED components, low-power LED decorative lights and displays. Qinshang Optoelectronics is the first listed company in the industry to focus on high-power LED semiconductor lighting. From a number of indicators, Qinshang Optoelectronics is in a leading position in the segmented industry and has a first-mover advantage.

With the investment of funds raised, the production capacity of Qinshang Optoelectronics will be further expanded. Among them, LED outdoor lighting and landscape lighting project design capacity is 990,000 sets of LED street lamps, 120,000 sets of LED tunnel lights, 150,000 sets of floodlights, and is expected to reach production in 2013; LED indoor lighting project design capacity is annual production of LED energy-saving lamps It has 2.2 million tubes, 1.1 million LED bulbs, 750,000 LED downlights and 250,000 ceiling lamps. It is expected to reach production in 2013.

At the same time, in order to ensure the leading position in the field of packaging and application, Qinshang Optoelectronics will continue to increase investment in science and technology and technological innovation, thus forming the strongest bargaining power in the industry, and based on the changes in the purchase price of major raw materials such as upstream chips and the comprehensive cost. The changes implement dynamic price management to accelerate the LED lighting penetration process.