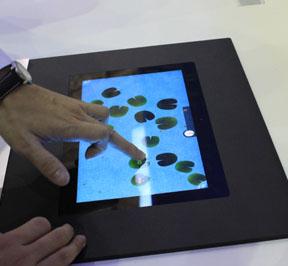 The reporter learned that domestic companies that make TFT hybrid liquid crystal materials include Cheng Zhi Yonghua and Jiangsu Hecheng. Wang Kui, general manager of Chengzhi Yonghua, told the author that Cheng Zhi Yonghua has gradually increased from the initial annual output of 200KG black and white LCD to the annual production capacity of 40 tons of black and white hybrid LCD. In order to break through the monopoly of foreign-funded enterprises, it will occupy a place in the TFT liquid crystal material market. From 2015 to 2016, Chengzhi Yonghua will invest 120 million yuan to build the second phase of a TFT production base in Shijiazhuang, with a production capacity of 50 tons of black and white hybrid LCDs. 100 tons of mixed liquid crystal.

It is understood that in the TFT-LCD development, domestic LCD materials did not keep pace with the growth of the main reasons, on the one hand, liquid crystal material manufacturers to produce stable, high-performance LCD products is relatively difficult, there is a high technical barriers China's corporate technology is relatively backward; on the other hand, companies such as Merck, JNC, and DIC have established a fairly solid patent camp, and Chinese companies are subject to patents.

The gap is expected to shrink, but the giants are also accelerating their deployment. However, experts have also proposed the opportunity to â€œcarry overâ€. Hu Chunming of the Liquid Crystal Branch of the China Optics and Optoelectronics Industry Association stated that China should actively seek breakthroughs in key common technologies. Global liquid crystal materials are developing toward â€œrapid responseâ€ and â€œhigh-definitionâ€, the market share of TN-LC will be rapidly reduced, and the market share of IPS-LC, VA-LC, and FFS-LC will increase. Chinese enterprises have just formed a certain market in the low-end TN-LC field, but the market demand is rapidly changing, and Chinese companies should also take measures to respond quickly.

It is worth noting that DIC and Merck launched their own mixed-crystal factories in Qingdao and Shanghai respectively in November and December last year, as they are optimistic about China's future huge market. It is understood that DIC Qingdao mixed crystal factory annual production capacity of about 24 tons, the main attack IPS-LC; Merck Shanghai mixed crystal factory annual production capacity of about 50 tons, product diversity. The landing of foreign companies in China poses a serious challenge to the development of domestic enterprises to some extent. Under such circumstances, Chinese enterprises must speed up technology research and development, focus on solving the disadvantages, and make up the gap with foreign companies in the fastest time.