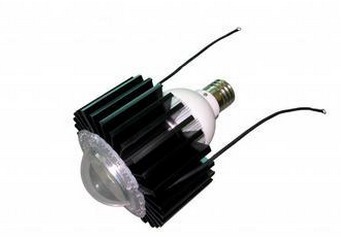 Zhang Zhian, president of KLA-Tencor, the fourth largest semiconductor equipment manufacturer in the world, said on August 23 that although China's LED industry is experiencing overcapacity, LED has broad development prospects in China and the future of the industry will follow the market. The demand grows and gradually grows.

Due to financial subsidies from some local governments in the past two years, corporate investment booms have been triggered, and the LED lighting market has constrained the impact of market penetration due to high prices. The domestic LED industry has fallen into the overcapacity dilemma in the past two years.

Zhang Zhian believes that although China's LED industry is currently facing excess capacity, it will certainly reverse it in the future. From October 1st, 2012, China has gradually banned the import and sale of incandescent lamps for general lighting according to the power level. And with the constant decline in the price of LED lights, it has reached the range that consumers can accept.

Although the industry still faces serious excess capacity, since 2013, the domestic LED market is gradually improving. The statistics released by the Research Institute of LED Industry of Gaogong not long ago revealed that the total net profit of the 22 key LED companies in the first half of 2013 was 1.604 billion yuan -1.915 billion yuan, a year-on-year increase of 5%-26%. The overall performance was better than the same period in 2012.